Hidden in the suburbs of Toledo, Ohio is a gem of a city, Sylvania. Sylvania offers a balance between bustling city and quaint town, attracting families and visitors from all over the United States. Sylvania, Ohio is a city that gives you the best of both worlds. You’re never too far from beautiful wooded areas and lakes or charming shops and world-class restaurants. Sylvania’s diverse offerings as a city has attracted more than 19,100 people to plant roots and call it home. Even with a humble land area of just 6.2 square miles, there’s always something new to explore in Sylvania, Ohio.

The word Sylvania is derived from the word Sylvan, the Latin word for “woods” or “trees.” It’s a fitting name for a city that is overflowing with natural beauty. Sylvania has over 7,000 trees scattered among the city and its vast, rolling parks, which is why Sylvania has been named “Tree City USA” for the past 20 years. Sylvania, OH also features a 47-acre, sprawling arboretum called Stranahan Arboretum that showcases the variety of trees in the area. 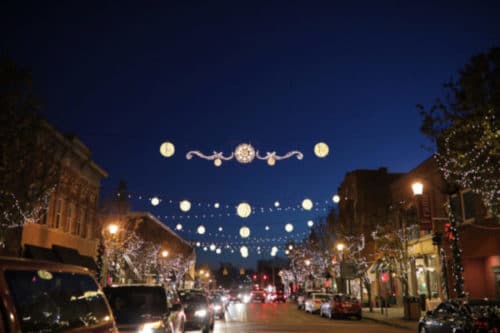 Once you’ve had your fill of outdoor activities, it might be a good time to explore Sylvania’s rich history in the Historical Village on Main Street. This village inside of a city allows you to experience a simpler time. Tour the authentic log home, one-room school house, and blacksmith shops that existed during Sylvania’s early years and learn how Sylvania, OH went from small town to thriving city. You can also browse the museum, shops, exhibits, and gardens for a fun and interactive experience. Don’t forget to hop on over to the Lathrop House which was built in the early 1800s and served as a stop along the Underground Railroad during the abolition era. The home is refurbished and open to the public for tours.

The Sylvania Chamber of Commence hold many events throughout the year to include Miracle on Main Street, Pizza Palooza and the Sylvania Fall Festival. They are extremely active in the community and help to connect businesses in Sylvania, OH with monthly member lunches and regular networking events.

Beyond the beautiful trees, Sylvania’s nature has been turned into well-maintained and well-groomed parks that are open for public use. Notable parks include Veterans Memorial Park, which includes a Memorial Grove of Trees and Veterans Memorial that honors the memory of Sylvanians’ who have served their country. Fossil Park is also a huge tourist attraction because it is one of the few places in the world where people can go and live out their childhood archeological dreams. Fossil Park encourages visitors to dig for fossils. The area is said to have Devonian Era fossils that date back 375 million years ago and include over 200 prehistoric species. It’s a history and archelogy buff’s dream. Lastly, Olander Park could not go unmentioned. Olander Park is comprised of a 30-acre lake that is perfect for a family day of fun. So, hop on a paddle board or rent a kayak to enjoy the scenic views. If you haven’t gotten enough fun on the water for the day, you can head on over to Centennial Terrace and Quarry, a popular gathering place for kids and teenagers that features a large swimming area, a water slide, and an open-air dance floor—all the makings of a good time. 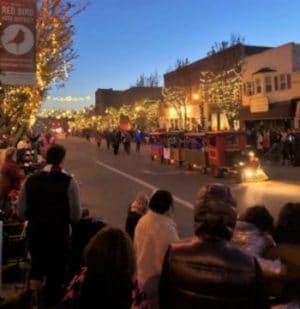 Still hungry for more? Explore Sylvania’s many annual events that are put on by the entire community and draw in thousands of visitors. One of the highlights of the year is the Marathon Classic, which is a tournament of the LPGA (Ladies Professional Golf Association). It is hosted by one of the two country clubs in the area, the Highland Meadows Golf Club, and it’s an event which brings all the local companies together to provide sponsorships and contributions. Thousands of spectators flood Sylvania for this annual event. Another notable event includes the Annual Arts & Crafts Festival which features handmade goods from local vendors and beyond. The event is a gathering of makers that want to share their crafts with others. Vendors can participate in competitions or simply sell their unique goods to eager buyers.

In addition to Sylvania’s diverse recreational offerings, it’s also a city that has a strong educational system and many non-profits catering to different groups in the area, making it an attractive place to raise a family or open a business. The public-school system is one of the best in Ohio and the US. Lourdes University, a private commuter college, is also located in Sylvania. It has a renowned science and nature center called the Life Lab. Visitors can also immerse themselves in art at the Franciscan Center, a non-profit that offers artistic programs to kids and adults of all ages. It offers a range of diverse entertainment programs and is run by Sisters of St. Francis ministries. In Sylvania, you’ll also find a bustling senior center that encourages seniors to stay involved through educational and social programs, as well as an The Ability Center that provides support to people living with disabilities and educates the public on disability-related issues.

While it was once a swamp a long time ago, Sylvania, OH has been transformed into a vibrant, live-able city that is perfect for both families and couples looking to settle down. There’s no shortage of industry, education, history, art, or recreational activities, meaning there’s a little something for everyone here.